Whoops! Where is the Will? 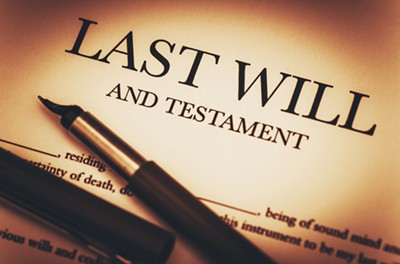 It was the summer of 1995 and Attorney George W. Dodge went on CNN to broadcast to everybody that the former Chief Justice Warren Burger had made big “whoops” by not having a proper Will drafted at the time of his death.  Dodge claimed that he could have saved $450,000 of that estate if the chief justice had only taken the time to draft a proper Will.

As all such stories do, this one spread.  It wasn’t long before 64 news outlets had propagated the “whoops” of Chief Justice Burger. But Paul Caron and Charles Hartsock, the dean and the professor of law at University of Cincinnati College of Law, schooled the media about who was really guilty of committing the “whoops” factor, and it wasn’t Justice Burger.

You see, according to Caron and Hartsock, Justice Burger’s Will was completely adequate and allowed for the best possible estate and inheritance savings that was possible at the time.  Dodge had become a media celebrity, but the irony is that he was wrong!  On further examination, by Caron and Hartsock, it was shown that Burger’s wife, who had preceded him in death, had maximized their unified federal tax credit while minimizing the state tax owed on their estate, thus allowing the maximum allowable to bypass the Chief Justice and go directly to their children.

Because of this, the pre-planning by the Burgers, that simple Will which the chief justice drafted merely 9 days after his wife died was all that was needed to maximize all available credits and defer any additional federal estate tax.

Dodge, you see, was wrong.  He hadn’t looked into the details of the Burger’s estate planning but was reacting only to the simple Will that the chief justice had in place at the time he passed.

Recently, the media announced that Aretha Franklin passed with NO WILL.  Of course, if true, there is supposedly an $80 million estate that is at stake.  But if like with Burger, and especially with Michael Jackson, an adequate Will is in force, or found later, the credibility of those making such bold statements must be called into question.

That being said, many famous people have left this world without a Will or without completing the proper estate planning. This poor planning leaves the government in a position to collect more taxes than it should. Therefore, planning ahead is not only wise, it is an act of love for those you care about.

This year, we are having attorney Lee Philips back at the Wealth Summit because planning to protect your assets both now and in the future is important.  It doesn’t have to be complex, as chief justice Warren Burger proved with his simple Will, but it does have to be legal, and it has to be documented.  Jimi Hendrix, Martin Luther King Jr., Abraham Lincoln, Howard Hughes, Sonny Bono, Barry White, James Brown and many others, have died without a Will.  Whitney Houston, who died in March of 2012, had a Will which hadn’t been updated since 1993, and that made things unnecessarily complicated.

What about your Will?  Do you have one? Is it up to date?  Is your Will, if you have one, legal and adequate or do you need a trust and maybe a corporation to fully protect your assets NOW and once you are gone?  These are questions that Lee Philips will address at the Wealth Summit. See you there.