Why Life Benefits Is Not Part of Infinite Banking 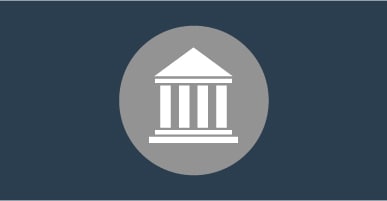 *NOTE: The ‘Infinite Banking Institue’ has been renamed: ‘The Nelson Nash Institue’ since the writing of this article.

I have received several questions from clients, prospective clients and even other agents about why I am no longer listed on the Infinite Banking Concept’s website referral list, as I had been for six years prior to Feb 2013. So I realize I needed to address this subject once and for all.

Here’s the email I received from my client:

“I was sent this from another agent:

‘These agents claimed they knew Infinite Banking but proceeded to set up life insurance policies that contradicted or did not work as well with the concept.

‘There was no way for consumers to differentiate between authorized Infinite Banking experts—like the three experts we recommend—and other agents riding the bandwagon.

“So I went to the IBI website and looked up their list of approved agents and your company is not on there. Please understand I am not questioning your integrity or honesty. I just need to know we are talking about the same product. I still have a lot to learn about this and want to make sure I am going down the right path. I have also begun to talk to some family and friends about this concept (as much as I understand) and do not want to lead them astray. Thank you for your time.”

I’ll tell you why I am no longer on that referral list.
(If you prefer not to read the details… click here for the most important message to you.)

I was a member of Nelson Nash’s Think Tank from December 2006 until February 2013 and had attended every meeting (twice a year) except for two.

For many years I hired Nelson to speak to my clients 2 to 4 times a year, paid his honorarium and travel fees never begrudging a dollar I spent. I regard Nelson as a friend and value his wisdom and knowledge. To state it bluntly, I have nothing but praise for Nelson in how he has helped thousands of people, including myself, to understand the power of owning and using participating whole life insurance.

In my first book, which I wrote solely to promote and encourage people to read Nelson Nash’s book Becoming Your Own Banker, Nelson kindly wrote this forward:

Recently I was introduced to a nutritional product that said, “This product is a precursor” to taking a supplement that I had been taking earlier. In other words, I would get better results by taking this item first, and taking the other one later in the day.

During the past ten years I have met thousands of people whose lives have been changed significantly for the better by practicing the principles that are in my book. No one is better at it than the McFie family. They are awesome!

His book is inspiring, witty and fun to read. It accomplishes his object beyond all expectations. All of his family “chipped in” to write this book. The back cover is a real delight. Since this is a Prescription For Wealth there is the usual “warning of side-effects.” I particularly like the warning, “Keep this prescription in reach of your children at all times!” -R. Nelson Nash

I have always eagerly directed the public to David and Nelson, both in person, from our own website, as well as through the products that we designed, developed and distributed like the IBC Game and our first book Prescription for Wealth. Download the free ebook of Prescription For Wealth here. David even set up direct links from their website to our website so the public could download free copies of our products. As of today we have distributed hundreds of these products physically and thousands of others have downloaded them from our website at no cost because I wanted to expose people to the Infinite Banking Concept. It was always a pleasure working with David and Nelson, having them in our home, taking them to dinner, talking on the phone, e-mailing back and forth together or visiting them in their own homes. I have hired Carlos Lara as a speaker for a couple of events and Robert Murphy for one. They have also been our house guests, and are talented and gifted individuals as well. I admire each of these men for their knowledge and skill. And that is why I was delighted to direct the public to their website and referral list for so many years.

Prior to the Think Tank meeting, February 2013, all agents were taken off the IBC website referral list which Nelson and David host to help the public find a licensed agent in their community. I believe their intent was to keep the public from being sold a product by an agent which Nelson wouldn’t recommend for the purpose of practicing this concept. Sadly, there were agents on that list who were selling products other than participating whole life and instructing their clients that they would work as well or better than participating whole life insurance. I was not one of them. In fact, I have had prospective clients tell me that they want to purchase other products…UL, VUL and IUL to utilize this concept. But I cannot sell these products in good conscience. So if the client persists in this request, they must find another agent.

For this reason, we were told, Nelson et al, set up a schooling system for the purpose of training and teaching agents which is called the Infinite Banking Institute (IBI). To belong and be listed on the IBI website referral list, an agent is required to sign a contract and abide by certain regulatory conditions. For example; the use of the terms IBC, Infinite Banking Concept, or Becoming Your Own Banker, which have been in the public domain for 10 years or longer, are now no longer terms which an agent can freely use but are licensed terms for those who have contracted with IBI. If an agent chooses not to renew their annual contract by not taking further schooling (as IBI may at will require) or by not paying their annual dues they will be prohibited by the contract they’ve signed with IBI from ever using those terms and be taken off the referral list. As these terms are currently public domain terms you and I are not prohibited from using them as long as we don’t sign the contract with IBI which could give them regulatory power over the freedom which public domain laws provide to the public. Regulations of the contract also prohibit an agent from teaching the concept to another agent. I have always believed that the truth was meant to be shared.

The schooling and testing process which IBI established, is subjective just as every schooling system or testing process must be. But having a subjective course to take and pass will not, in my opinion, create better qualified agents because everyone who takes a course in school and receives a passing score is not always competent in that subject matter.

So what does this all mean? Well, you know that I am a strong believer in independence and individual freedom. I attempt to align myself with others who are like minded and who enjoy working together towards a common cause that brings about the best for everybody instead of the few and elite. I don’t agree with some of the methods which Nelson, David, Carlos and Robert have used to establish their new Institution. My main concerns revolve around the schooling and testing process. I voiced my concerns to Nelson and told him I wouldn’t be able to sign on to this kind of regulating contract.

But the crux of the matter is that the innocent process which so many call education is too often just a pseudonym for academia. Academia always trends towards becoming more and more restrictive and regulatory as time progresses and I will never willingly become a part of a repressive or regulatory process. It was on these principles that I decided not to join the Infinite Banking Institute because I have observed firsthand how certain academia undermined my first profession, chiropractic. Seeing that profession being weakened and turned into something far from what its founders ever dreamed it could become, I will never willingly be a contributing factor in forming an Institution which regulates the liberty of others. That is why I have decided not to join the Infinite Banking Institute program…I simply believe that Institutionalism is a bad idea and opens Pandora’s box to future restriction of personal liberty.

So now I will no longer be paying annual Think Tank attendance fees, as I am not allowed to attend unless I sign a contract with IBI. Nor will I be paying any annual dues to IBI, so I will no longer be listed on their referral directory. I believe my choice is one that best serves my client’s needs, my agent’s freedom and my own personal liberty.

One final thought which I want to convey and that is this. I have no hard feelings towards Nelson, David, Carlos or Robert. In fact, I have expressed my most sincere desires to Nelson that his academic model will work. It’s just that I have observed that Institutionalism is never as effective in future years as it appears to promise in the beginning.

Most importantly to you, my decision not to join IBI will in no way alter what I teach and share with my clients and future clients as I believe the truth is too precious to compromise by committing it to an Institution. As one client so wisely stated when I explained to him some of these details, “There’s no way you can certify what’s in someone’s heart.”

I look forward to continuing to serve you and your referrals 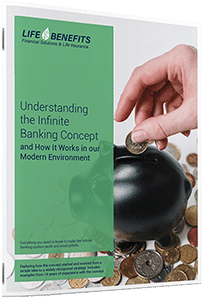