Why Socialism Is So Appealing to Millennials 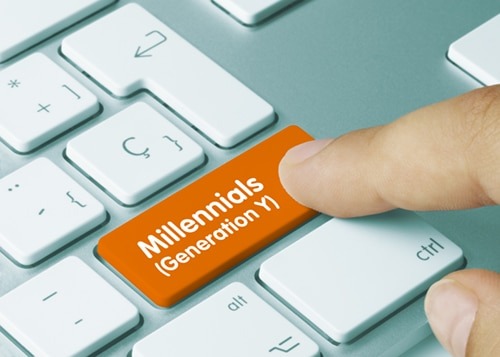 More than 6 out of 10 Americans age 18-34, believe that we need a “strong government to handle today’s complex economic problems” while only slightly over one-third believe that “the free market can handle these problems without government being involved.”[i]

Millennials can’t remember a time when everyone didn’t own a cell phone, have a large screen TV in every house, more than one car per family, electricity and running water in every home, along with heat and air conditioning on demand.  Furthermore, they have been sold on the idea that a college degree will replace the education required to ensure advancement in the workplace and therefore they have accumulated a huge amount of school debt.

As a group, millennials don’t recall the economic hazards and hardships that socialism brought upon Germany, China, the USSR, Vietnam or Korea.  They have no firsthand familiarity with anything other than the pseudoscientific hysterics surrounding climate change, their own student loan debt, the faux movements that distort the past and label those who have done the most to bring equality to all, racists, misogamist or intolerant tyrants.

So naturally, when politicians promise to stop the world from freezing or overheating, take away the wealth from those who have it to eliminate everybody else’s pain, suffering, and debt, millennials willingly become the guinea pigs to repeat the Marxist experiment.  Namely, that government can create equality for all instead of merely protecting the equal opportunity that God has provided for all.

Neo-capitalists have done little to dispel this Marxist farce for what it is because they have positioned themselves to benefit from it.  Long having recognized that government subsides, favorable regulations and taxes can be purchased through lobbying efforts cheaper than actual production, corporations have become socialist opportunists that bleed the wealth of middle Americas and transfer that wealth into their already inflated pockets.

So, blame the Millennials if you choose, but the greedy politicians and neo-capitalists share more of the responsibility because they are the ones who started America down this long economic road of no return, not the Millennials.

The Root of The Problem:

George Gilder astutely quantified that true capitalism begins with charity, not greed. The idea that capitalism is based on someone attempting to quench their own selfish desires at the expense of others is an abstract thought that is far from true capitalism. Capitalism is based on the precept that if you can produce more widgets than your neighbor and your neighbor can produce more fizzles than you, then exchanging some of your widgets for some of his fizzles, makes the world a better place for you both. And it becomes an act of charity that you will produce more widgets than you need, so that you can benefit your neighbor’s life while he in turn will produce more fizzles for the same reason.

This autonomy, the right to produce and exchange freely, has been the most vibrant influence on economic progress throughout the world’s entire history.  And over the last 100 years it is this independence which has been the primary reason why billions of people have been lifted out of poverty to unconceivable heights of wealth and abundance.  This wealth and abundance are what Millennials now take for granted, having never lived or experienced the historical poverty of just one generation ago, they now assume such poverty to be fictional and have to construct something that they deem worthwhile to fight for or against.

But if Millennials could spend some time abroad living in some of the pre-modernized cultures of the world they would soon come to appreciate how much progress capitalism has really advanced their world.  For example:

The Solution to the Problem:

Capitalism is the solution for these problems just as it has been the solution for eliminating poverty historically in other places throughout the world. But when government intervention becomes more and more the norm, a country’s economic degeneration is almost like clock-work.

Consider Venezuela. “Fifty years ago, it was the richest country in South America, with the lowest level of inequality and the highest standard of living.”[v] Today, it has become an economic quagmire.   “While increased oil prices and greater state taxation increased state revenues ever since 1958, the flattening of production per capita was a major contributor to the collapse of the 1980s and 1990s when global oil prices dropped. Venezuela not only had a relatively well-educated population in the 1980s, but that education increased throughout the period in which growth decreased. If the wage-returns relationship had been stable over time, then the additional levels of education should have raised wages by 58 percent. Instead, wages declined by 70 percent in the 1980s and 1990s.”[vi]

This is exactly where America is today:

Both of these problems are caused by supposedly well-meaning socialistic agendas but end up only adding more money to the government treasury at the expense of the very people the programs were supposed to assist. Today “College graduates are told they can expect to earn $60,000 or more upon entering the work force.  Yet the data proves that the average college graduate earns only $49,000.”[vii]

Of course, who benefits the most from the interest paid on all the student loan debt?   Primarily the government, as it holds the note on $1.5 trillion of that debt.[viii]  And while greedy or misdirected politicians believe that forgiving this debt is the solution, not only will this rob the middle class, as the government has to recover the cost of that $1.5 trillion from those who pay the taxes in this country, it will further entrench the mentality that government has real solutions to other economic crises that Millennials believe they are facing today.

The real solution is to deregulate and reduce taxes on production and exchange.  Government’s best role in the economy is to ensure that the freedom to produce and the freedom to exchange willingly are protected and honored.  When government penalizes one producer, it automatically provides a privileged relationship for another.  When government redistributes the wealth of one group to another group, they disrupt the free exchange model that has historically provided more economic freedom and prosperity than any other thing.  So, in doing so government discourages production, innovation, and progress making everyone suffer.

In a country like America, where we choose our own government, Americans need to realize that anyone who votes to restrict free trade, exchange and production, is an archenemy of our economy.  Those who want to reduce taxes, reduce regulation, eliminate subsidies for corporations and individuals alike, and encourage free unlimited production and exchange are the true stalwarts of a thriving economy.

Such an economy encourages, instead of punishing, those who rise to their unlimited potential. Such an economy is truly progressive, because it creates an environment that emboldens inventiveness, creativity and production and allows everyone to increase their level of living.  Such an economy is not based on scarcity, where government has to redistribute the limited resources and wealth that is available, but it is an economy that is based on unlimited abundance and prosperity, relying on the creative nature imparted to each and every individual so that any scarcity can be overcome. This kind of an economy is based on charity, not legality.  And it has proven time and time again to provide a better world in which everyone can live and thrive.

Part of such an economy provides security, safety and sustainability for those who do produce and exchange with others.  Participating Whole Life insurance has been a big part of such an economy for centuries.  Participating Whole Life Insurance offered by mutual companies is for freedom conscious, like-minded people combining their resources together to protect, provide and benefit each other so that no one has to be subject to poverty or loss of income when someone dies.  In doing so, life insurance has become an enormous capital reserve that has provided massive amounts of resources that have fueled the production of abundance out of scarcity because premiums that are paid are used to fund creative ideas that improve the entire economy while still maintaining the protection and the liquidity necessary for the individual policy owner.

In this manner Participating Whole Life Insurance accomplishes what socialism proclaims to accomplish, but has never been able to deliver anywhere it has been implemented.  As the 4th pillar of Americanism[ix], life insurance is a valuable tool that nullifies the over-reach of government in regards to taxes, regulations and redistribution schemes regarding your production while still providing huge benefits to the entire economy.