Why You Should Own Participating Whole Life Insurance 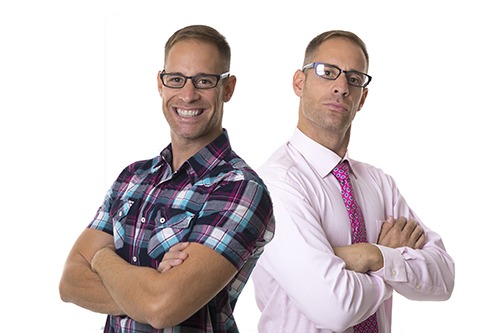 First and foremost, the tax code favors those who own participating whole life insurance (PWLI).  Those who own PWLI, designed to take advantage of this favor, pay less in taxes.  Those who don’t understand, or ignore, this fact about PWLI, end up paying more in taxes.

Second, for 70% of wage earners, PWLI will be the only way to build an estate.

Third, for the remaining 30%, PWLI is the only way to prevent an estate already built from being destroyed via taxes, and/or judgements.

If these three reasons are not reason enough to warrant owning PWLI, then consider this fact: PWLI is capable of providing increased cash flow via policy loans for business owners, individuals, corporations, and charities without having to prove credit worthiness.

PWLI develops equity which can be used for collateral when the insurance company who issued the PWLI policy lends money to the policyholder.  This loan, called a policy loan, is obtainable with nothing more than the signature of the policyholder, eliminating the hassles with attaining conventional loans, i.e., the application, the documentation requirements and the underwriting process. Furthermore, all PWLI policy loans are interest only loans, which allows the policyholder, not the lending institution, to determine the payback schedule, further freeing up cash flow otherwise tied up with conventional loans.

PWLI has by default, become the only alternative to the “Stretch IRA” which was eliminated by the 2019 IRS tax code revision.  Using PWLI designed to hold premiums taken from the distribution of an inherited IRA can greatly enhance the ability to pass on wealth without taxes and also prevent the one inheriting an IRA from having to pay additional taxes.

Charitable Remainder Trusts also provide some incredible estate benefits to the policyholder who donates PWLI while also providing huge benefits for the charity receiving PWLI as a donation.

Reasons for owning PWLI are limitless, even when only considering the positive aspects mentioned above.  Yet there are those who still believe there is no need to own PWLI.  These will be the ones who end up paying more in taxes than they needed to, losing money because of judgments attached to their personal property, or wishing they had purchased PWLI when they were healthy and younger so they too could benefit from the tax-free stream of income others with PWLI enjoy in retirement.

Delay is too frequently the defeat of success.  Though not all action results in progress, a delay when opportunity knocks always results in a setback or even failure.  The opportune time to purchase PWLI is sooner, not later.  The sooner PWLI is acquired by a policyholder, the sooner opportunities will arise for unlimited possibilities.  Delay in owning PWLI forces one to deal with setbacks and failures resultant to the lack of capital, cash flow or credit.

The twin who purchased PWLI ended up requesting a policy loan against his PWLI to come up with the initial $50,000 necessary to take advantage of this opportunity. He paid 5% simple interest monthly to the insurance company for the use of the insurance company’s money over the 20-year time period of the investment. He ended up paying $78,866.08 back to the insurance company.  The twin who purchased term insurance, had to borrow the initial $50,000 from his local bank at 5%, and thus he paid the bank monthly payments of $302.99 over the next 20 years. This ended up costing him $79,194.69, or $328.61 more than the twin who used money leverage against his PWLI to fund the investment.

But here is where things get interesting:

When the twins turn 61, the twin who purchased the 30-year term policy for $166 a year has paid $4,980 for his life insurance coverage and now his 30-year term policy is expired. To match his brother’s guaranteed life insurance coverage at this point, this twin will need to purchase another term policy for 20 years (the longest term allowable at age 61) which will cost him an additional $72,071 over those 20-years to match the guaranteed coverage ($322,198) of his twin brother. An added benefit for the twin who purchased the PWLI is, he can now stop paying premiums on his PWLI and still be guaranteed this $322,198 of coverage for the rest of his life. PLUS, he will continue to be eligible to earn annual dividend payments as long as he owns the policy.

Furthermore, at age 61, the twin who purchased the PWLI has only paid $88,703 for his policy, but his guaranteed cash value is $138,159. This obviously exceeds his cost basis by $49,456, meaning if he surrenders his policy, he can walk away with $49,456 more than he paid. Contrast this with the other twin with the expired term policy. He lost $4,980 to premiums, all because he didn’t die before he turned 61.

The twin brother who initially purchased term insurance is now faced with finishing life without any coverage at all unless he purchases another life insurance policy.  An additional 20-year term policy (the longest-term policy allowable at his age) will cost him $72,071 over the next 20-years. Interestingly, a 61-year-old in good health has a life expectancy of 21.5 to 25.5 years, which is just beyond the reach of a 20-year term policy.  He could start to build some cash value by purchasing a PWLI policy on himself at age 61.  A PWLI will cost $22,500 a year, if he matches the guaranteed life insurance coverage his brother has. If he isn’t in a position to afford this premium, he will settle for less coverage.

“What is the purpose of having life insurance after age 60,” many will ask. The answer is:  to avoid taxes, provide income for a spouse or loved one who survives the insured, estate protection and, maybe most importantly of all, to provide a source of income for the policyholder which is accessible tax free and can be utilized anytime, but especially when market conditions make it unfavorable to draw down invested retirement savings which would erode earning potential of remaining savings.

Owing PWLI is a must for those who desire to accomplish any of these things and more. And the sooner one owns PWLI the better.