“Winning Isn’t Everything; It’s the Only Thing” 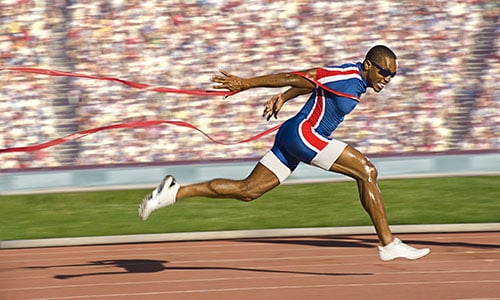 Vince Lombardi insisted he never made such a statement and the fact checkers now acknowledge that he never did.  What he actually said was “Winning isn’t a sometime thing; it is an all the time thing.”  And that’s a far cry from saying that “Wining isn’t everything; it’s the only thing.”

Recently it came to my attention that I’ve been credited for saying something I’ve never said.  Here’s the misquote; “Never pay off your life insurance policy loans.”  And that’s a far cry from what I’ve actually said and will continue to say; “All the insurance company wants from you is your premium and any interest you owe on your outstanding policy loans.” So if you want to benefit from the fact that “Winning isn’t a sometime thing; it is an all the time thing” you’ll be interested in what else I have to share today.

Winning money, fame, sex, food or power can never compare to the joy and fulfillment that comes when you become a real winner.  That is because, “When the great scorer comes to write against your name, it matters not that you won or lost, but how you played the game.” Paradoxically, the better you learn to play the game right now, the more often you’ll experience winning.  Perhaps that is why it is written; “The love of money is the root of all evil” NOT that “Money is the root of all evil”.

Money is a great tool in the hands of a real winner but a tool of destruction in the hands of those who don’t realize that winning is “an all the time thing” NOT the only thing.

Words have meanings and when you are misquoted it can be exasperating.  But being a winner allows you to overcome being misquoted because as a winner you realize that you can never control what words people will put into your mouth or how often the words you have spoken will be taken out of context.  The fact is, a real winner is one who no longer trusts in themselves because, “Those who trust in God will soar high on wings like eagles.  They will run and not grow weary.  They will walk and not faint.”  That is “an all the time thing” not a sometime thing.  And it always produces real winners.

Winners are warm and friendly with everybody, but they realize that intimacy is “an all the time thing” and therefore can only be truly realized with a select few.  So, winners are often misunderstood and misquoted.  But that’s fine because nobody gives a hoot when someone is misquoted who isn’t a real winner.

That being said, don’t be fooled by those who misquote others to achieve their own objective(s).  It is easy to spin what others say because of the speed at which the internet and social media travel today.  But that is no excuse for not checking the facts out for yourself.  Besides, it is always easier to believe what you want to hear rather than what you need to hear. Learning to listen to what you need to hear instead of what you want to hear is what separates winners from the rest of the pack.

“The price of success is hard work, dedication to the job at hand and the determination that whether we win or lose, we have applied the best of ourselves to the task at hand.”[i]  Remember that, “Winning is a habit.  Unfortunately, so is losing.”[ii]  Being a winner is “an all the time thing” precisely because winning isn’t the only thing.  And understanding the difference warrants you to become the real winner you were designed to be.