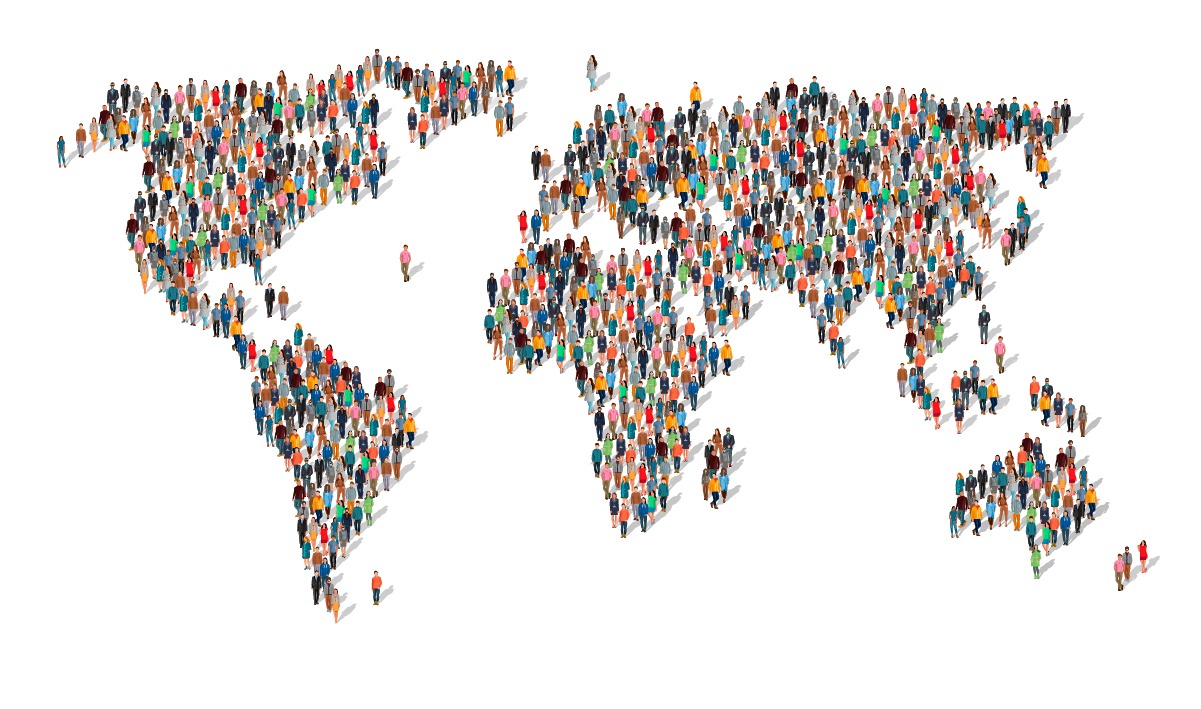 The United Nations recognizes 251 countries and territories in the world, while the United States only acknowledges 200 and other international organizations recognize only 194.  But regardless of how the so-called authorities acknowledge or don’t acknowledge a country’s existence, one thing is sure, the human population of the world is decreasing even though politicians and globalists warn otherwise.

According to the World Populations Review, 20 countries around the world are on track to lose from 22.5% to 10.1% of their population over the next 30 years, and 232 countries out of the 251 countries recognized by the United Nations, are suffering from a population decline.  Aging populations like in Italy, low birth rates in places like Cuba, Greece and Japan, huge contraceptive and sterilization campaigns like in China, Indian and Pakistan and mass migration like what is occurring from central America and eastern European countries are all contributing factors.

On December 10, 1974 Henry Kissinger released a top-secret document entitled National Security Study Memorandum aka as NSSM-200. This report has since been declassified and is known better today as The Kissinger Report.  In this report Kissinger supported,

The Kissinger Report states implementation would include:

On top of these mandates, The Kissinger Report specifically stated that the United States was to cover up all government population control activities to avoid charges of imperialism, and to use the United Nations and other international organizations, specifically the International Planned Parenthood Foundation and the Population Council, to do their dirty work.

The United Nations Population Fund (UNFPA) has been used by the U.S. government throughout the world but especially in China, Peru and India, to kill millions of women through sterilization programs.  In Peru, over a million women were sterilized via UNFPA funding and in India over 4 million women have been grotesquely sterilized in unsanitary conditions, again with UNFPA funding.  Up until the Trump administration stopped funding UNFPA, it was responsible for funding the People’s Republic of China program of coercive abortion and involuntary sterilization to the tune of $100 million and financing the $12 million computer complex which tracts and monitors the Chinese population control program. UNFPA has even presented China with the “most outstanding population control program.” Under China’s population control program more children have been aborted than the entire population of the United States.

Today, therefore, the concern is more about populations sustainability than over population for many countries.  South Korea, Singapore, France, Australia, Canada, Russia, Poland, Denmark and a host of other countries are offering everything from tax incentives, early time off work every third week, free automobiles and limiting one bedroom apartment construction, as a way to encourage couples to have more children.

Ultimately, the world in not overpopulated and never has been.  Even the United States birth rate has dropped to 1.7 as of 2019.  Furthermore, it is expected that world populations growth will be zero by 2100.

Yet ever since 1798 when Thomas Robert Malthus, an English cleric, predicted world overpopulation and massive starvations due to food scarcity, people have gone mad with concerns of running out of resources to sustain life on earth.  Today this movement has adopted the climate crisis as a way to continually stir up mass hysteria instead of supporting real science and its capacity to discover sustainability of human life on earth regardless of what the population becomes.

Billions and billions have been spent on government populations control efforts since The Kissinger Report was adopted.  But it has only succeeded in turning millions of large poor families into millions of poor families.  What new creative genius, what upward mobility has been thwarted due to the population control schemes which have been employed around the world will never be known this side of eternity.  But what is known is children are not a determent to upward mobility. Children are the future of this world.  More people are not the problem, the problem is more government and less freedom to exercise the God given talents with which all people are endowed.

Those who purport to show concern about our environment, the welfare of children or the rights of the poor or under privileged while supporting population control are on the wrong side of science and humanity.  What could the $137 billion, which has been spent since 1990 on population control, have delivered had it been spent on education instead of abortion, research instead of forced sterilization, business grants instead of Planned Parenthood or tax refunds instead of “reproductive and family planning services?”  Only God knows.

The economic cost which we all now pay because so many lives have been lost due to population control is unfathomable.  But one consequence is unavoidable.  It we allow governmental population control programs to continue on as they are today, we are headed for an economic tightening like has never been seen before in human history.  We, therefore, must deliberately build a legacy to not only sustain ourselves but to propel the future generation to another level of existence here on earth.

Brilliant economists like Tyler Cowen from George Mason University are proclaiming the warning, “Depopulation of the world is a major problem, particularly in the wealthiest countries.”  Over time, this will prove to be a very different and a very difficult time for humanity.

Of course, participating whole life insurance is the only way 70% of Americans can produce a legacy today.  Not only does participating whole life insurance provide a legacy, but it also produces an estate for the policyholder which can increase their upward mobility and has a record of turning poor and middle-class families into wealthier families.